A 5th generation Northern Californian and graduate of UC Davis, in 1992 Tony Biagi began his first harvest internship. By the end of the first day on the crushpad, the seed of having his own winery one day was planted. In the time since, he has been fortunate to get to know and work with many of Napa’s top wineries, vineyards, and people. When it came time to bring his dream winery to fruition, Tony knew he needed a business partner that could be his sales and marketing counterpart. He turned to his good friend Kimberly Jones and asked her to join him on this journey of founding a winery. She said yes. In the Spring of 2013, Patria (transl. homeland) was born. 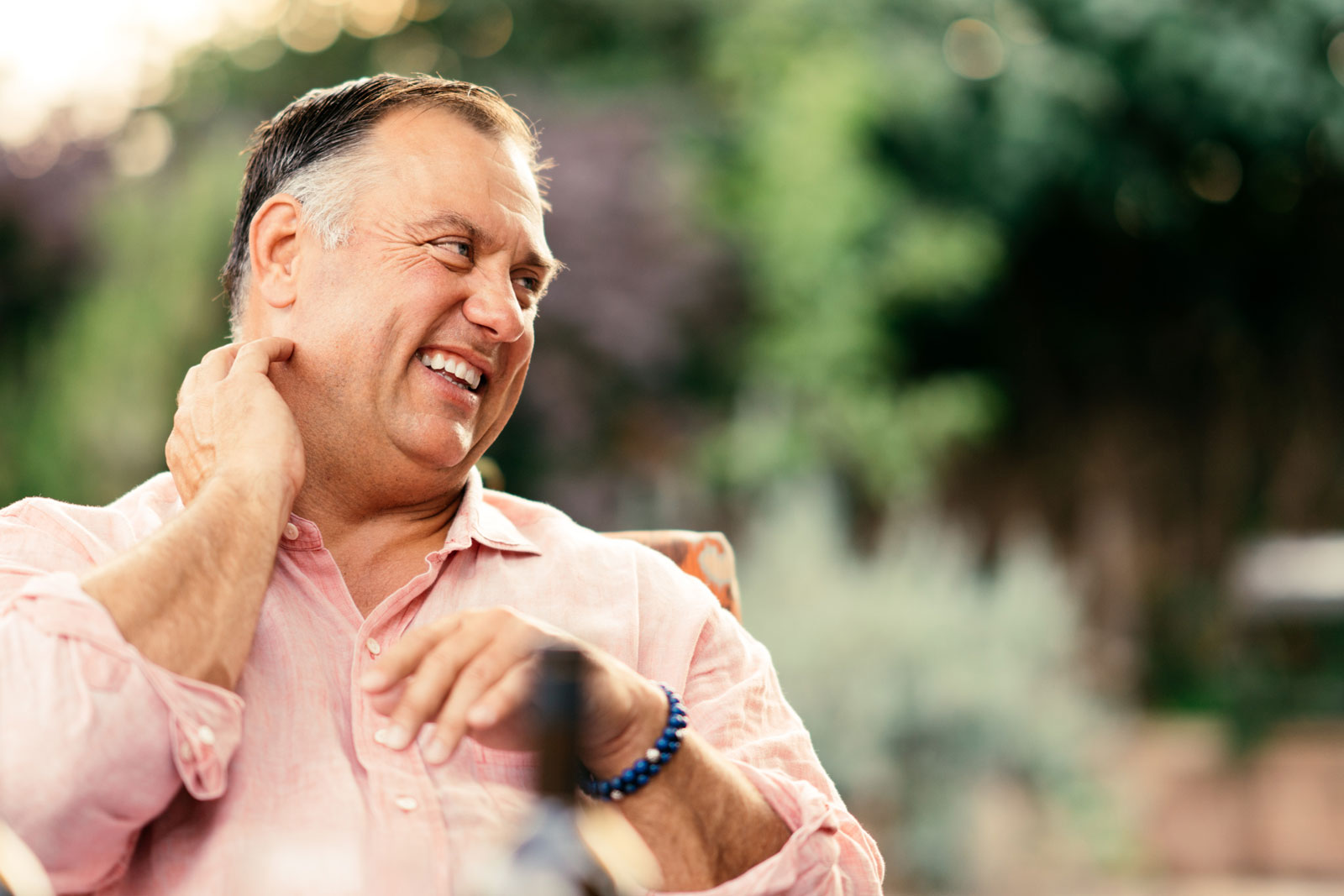 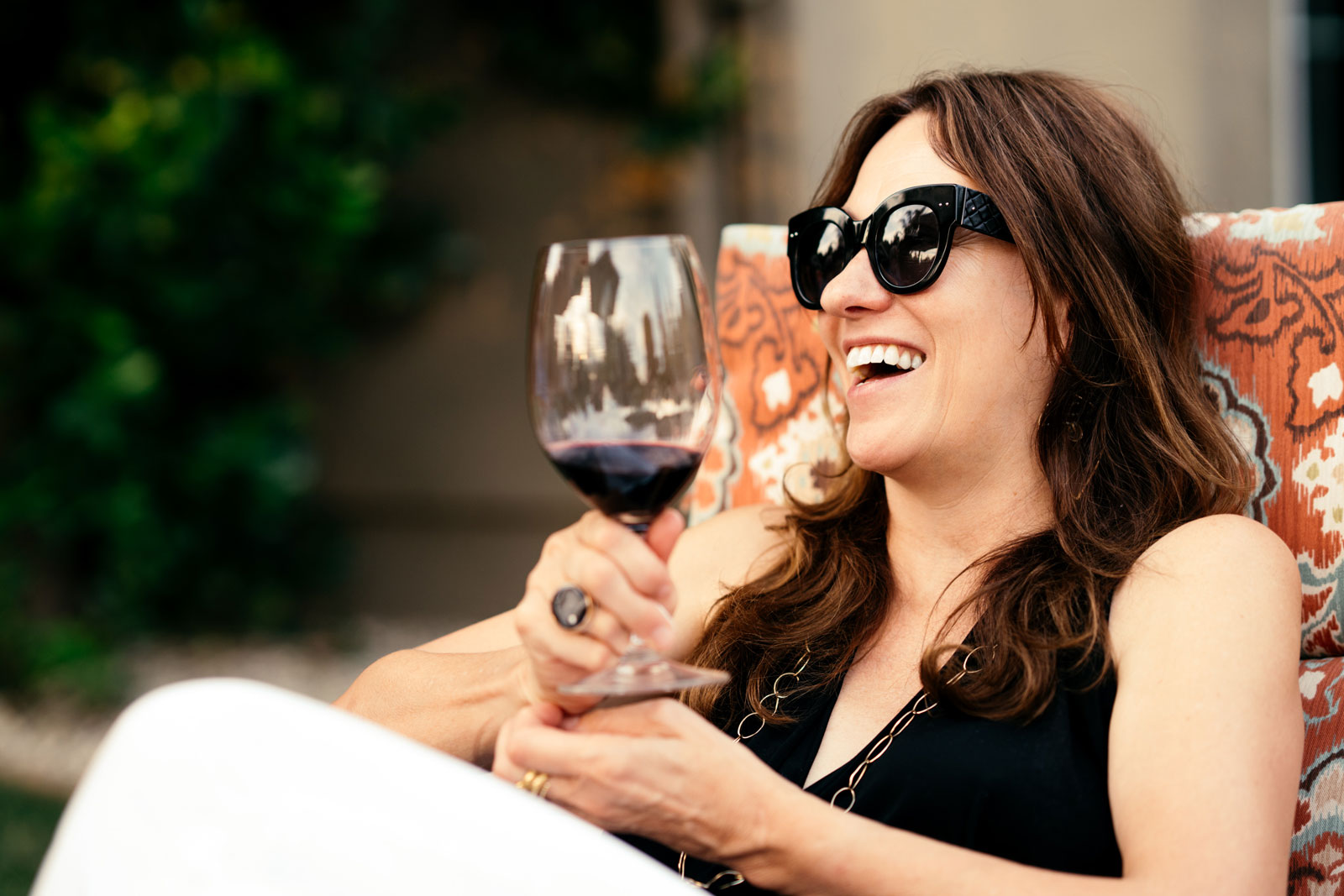 Friends for over 15 years, Tony and Kim first met through their work with Plumpjack Winery. While they disagreed about hair metal (Tony yay, Kim nay), they found immediate kinship in each others’ intellect, instinct and razor-recall palates.   Read More

Once a youngster who menteed under such luminaries as Duckhorn’s Tom Rinaldi, Dan Duckhorn and Alex Ryan, Tony Biagi is now a bonafide veteran winemaker. In addition to Patria, he is the winemaker for Hourglass Winery and Amici Cellars, and serves as consulting winemaker for Clos du Val (Napa), Lasseter (Sonoma), and Jada Estate (Paso Robles). Prior to beginning his consulting work, Tony was the winemaker at Plumpjack (2003-2011) and founding winemaker of CADE, Sinegal Estate, and Neal Family Vineyards.

While Tony’s career may have forged a straight line, Kimberly Jones’s has been far more circuitous - but no less accomplished. From Manhattan’s red-hot restaurant scene of the 80s, to the New York and Hollywood film industry, it was on a lark - and in need of a life change - that Kim found herself venturing into wine sales in Los Angeles in the 90s. Having befriended Lori Griffin on a hike, she helped grow his brokerage Griffin Wine Marketing to represent many of that era’s groundbreaking new wineries. Having become a veritable queen of the cults, in 2003 Kimberly launched Kimberly Jones Selections to help usher in and foster the next generation of small artisan brands. KJS now distributes both domestically and internationally, representing over 60 California wineries and over 30 producers from Europe and South America. We suspect Kimberly may be superhuman.

Over the past 20+ years of living and working in the Napa Valley we’ve gotten to know a vineyard or a thousand. The vineyards we work with at Patria are not only the sites that most inspire us, but are also farmed by brilliant growers we are honored to call friends and collaborators.

Perched at 1,400 feet, in the eastern hills of Napa valley, Oakville Ranch may be the highest vineyard in the Oakville Appellation. Purchased in the mid 1980s by Robert and Mary Miner, and farmed organically by vineyard guru Phil Coturri, this 330 acre estate is home to 75 acres of vines planted in its rocky volcanic soils.   Read More

Tony first fell in love with Oakville Ranch fruit while at Duckhorn Vineyards under the mentorship of Dan Duckhorn and Alex Ryan. Fortunate to work with many of Napa’s most revered vineyards, Oakville Ranch was always the crown jewel. Tony knew that when the time came to make his own wine, it would be his first stop. In 2013 - after much wooing and on bended knee - Tony was able to sign a long-term contract to purchase the fruit for Patria. The volcanic Andesite rock soils combined with the elevation produce grapes that are rich in color and flavor while having wonderful natural acidity even after long periods of hangtime. The 7 blocks we work with are comprised of three clones of Cabernet (7, SEE and 337), two clones of Cabernet Franc (332 and Saunders) and one clone of Petit Verdot (400).

Tony may not always be quick to awe, but that is what happened when he first met Alan Price in 1993. Tony was working as an intern at Hess Collection Winery - and while he had no idea exactly what Alan did - he knew immediately Alan was an expert at all things vine to grape. The legend of Alan continued to unfold when Tony later learned the St. Helena-native Price family were the original owners of the land now known as Spottswoode Estate.   Read More

While they sold the majority of their land, the Price family kept a small 2+ acre parcel of the famed estate. In 1991 Alan planted just over an acre of the land to Cabernet Sauvignon – selecting the now prized heritage clone 7. Located at the mouth of one of Spring Mountain’s alluvial fans, A. Price is a quintessential St. Helena vineyard, producing intense black and blue fruit notes coupled with grace and polish. As the vineyard is small and shy-yielding, quantities will always be tiny – but it is a singular place – we are humbled and grateful to get to work with Alan and his spectacular fruit. 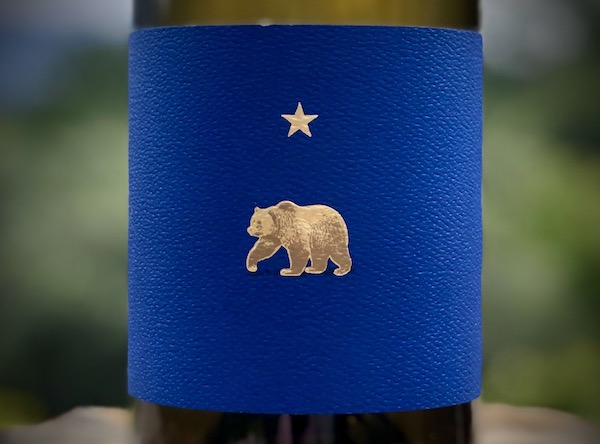 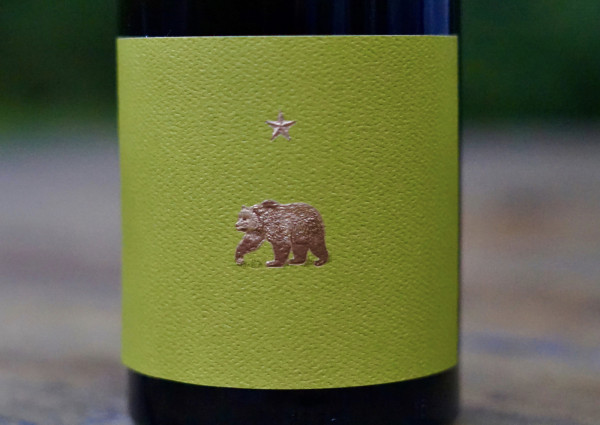 Sitting at almost 1,400 feet above the Sonoma Valley, Charlie Smith is the “ying” to the Ritchie “yang.” Primary aromas of fresh zested lemon, jasmine, and tart pippin apple are followed by secondary aromas of chalk, spearmint, and lightly toasted macadamia. On the palate the acidity is laser-focused, and flavors of lemon tart, wintergreen, and crab apple layer atop a subtle base of fresh, light toast. The site delivers an almost tannic structure, and comes across as more linear than the more flamboyant Ritchie.